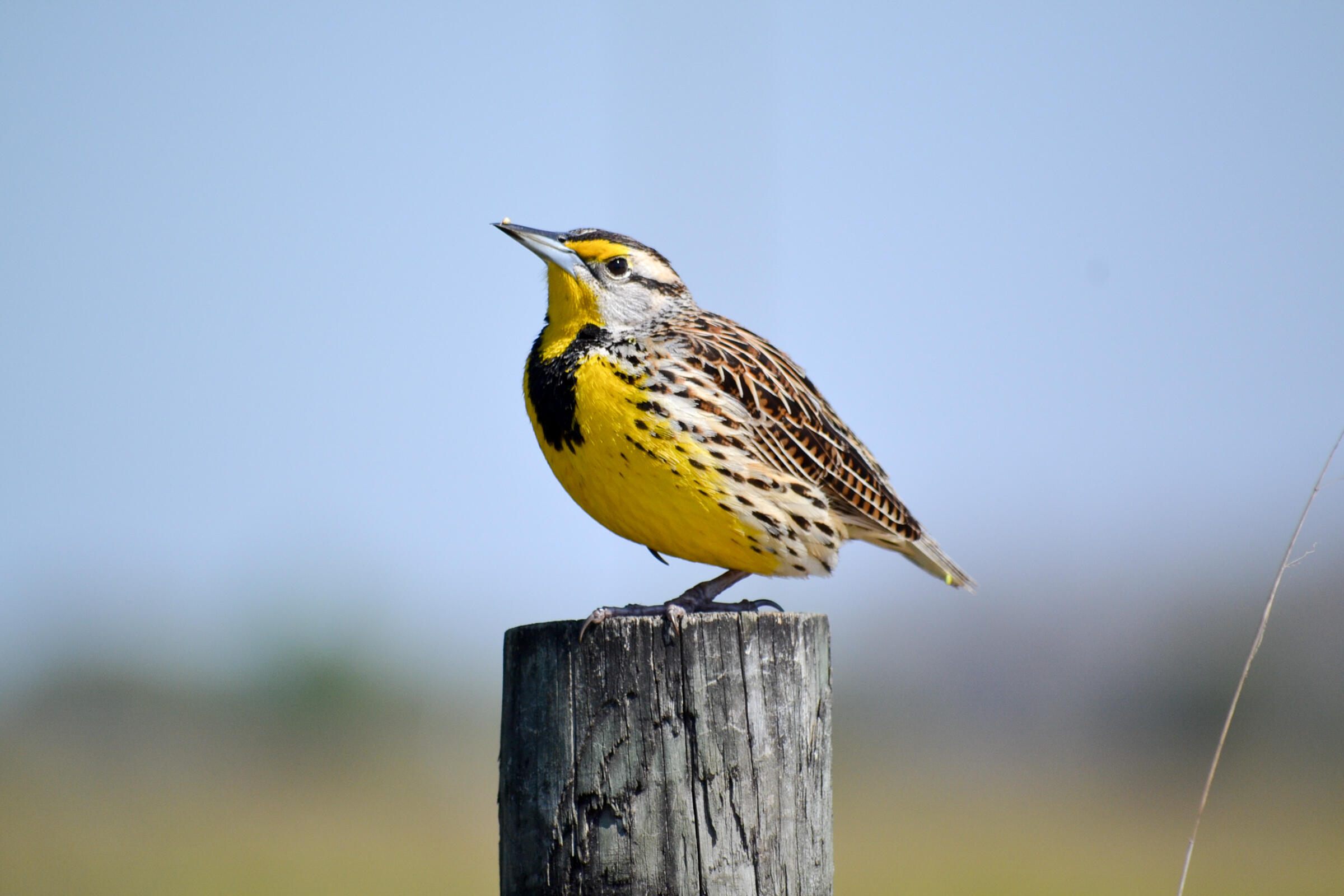 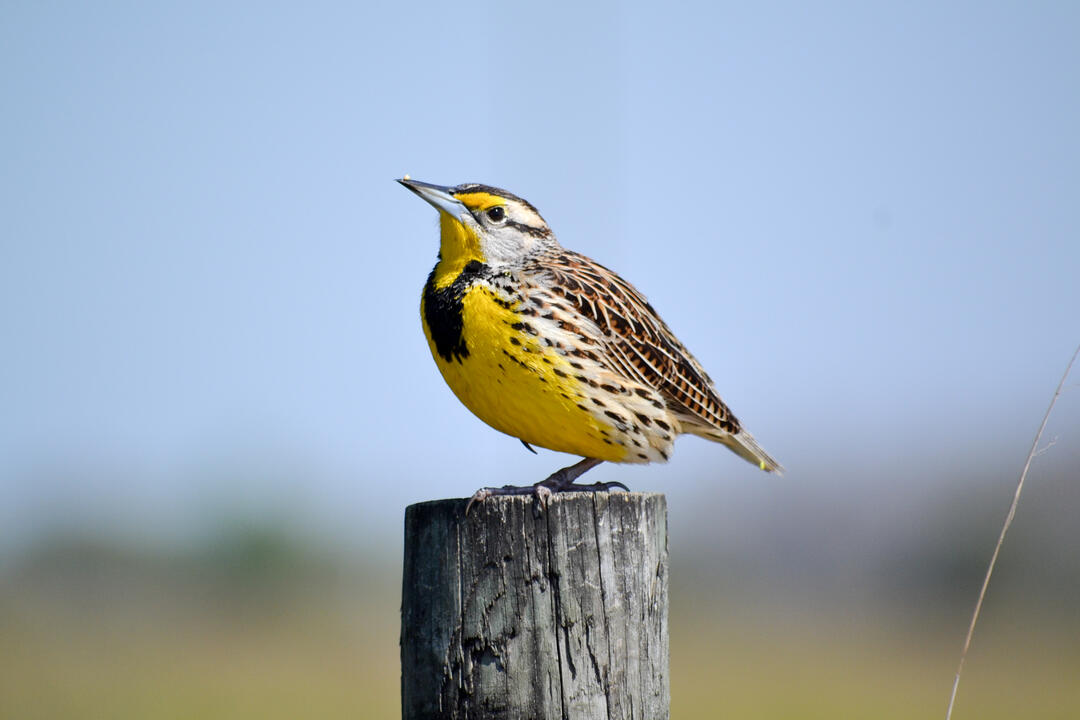 The 2,450-acre Round Rock Ranch lies within the Missouri Department of Conservation’s Dade County Quail Focus Area and the Golden Prairie Conservation Opportunity Area, both of which are high priority geographies for the restoration and management of grasslands and grassland-obligate wildlife. The ranch includes remnant prairie and extensive areas of planted native warm-season grasses.

Dave and Tanya Haubein manage the ranch as a working cattle ranch and a wildlife area. Their work is guided by a strong conservation ethic that seeks to maximize habitat, build soil health, and restore the diversity of this region that once harbored an abundance of native tallgrass prairie and greater prairie chickens. Dave has used prescribed fire for many years to knock back woody encroachment, stimulate forage productivity, and enhance wildlife habitat. Recently, Dave has adopted a “patch-burn grazing” approach that mimics the historical interactions and impacts of fire and bison on the grassland landscape. Dave has converted extensive areas of fescue back to native grassland, and he is enhancing former CRP fields to make them more diverse and usable for grassland birds.

As a cattle rancher, Dave has been a pioneer in the use of cover crops and the planting of diverse forages within cropland to increase forage availability for cattle in the dormant season. This eliminates the need to cut and store hay, which tends to be highly detrimental to wildlife. Dave has proven that animals can be “finished” on grass and other forage in Missouri without the need to send them to feedlots or supplement their diets with grain to achieve gains.

In addition to being a wildlife mecca, the Round Rock Ranch has hosted several tours, meetings, and workshops for cattlemen and conservation professionals. Over the years, Dave has shared his passion for the ranch by donating guided youth and women hunts, as well as hosting Wounded Warrior hunts on the ranch. Dave was an early advisor to the Audubon Conservation Ranching program and the first Audubon-certified ranch in Missouri.

Missouri River Bird Observatory has been conducting bird monitoring on the ranch since 2014. Results confirm that management practices are indeed benefitting grassland birds. Since monitoring began, Northern Bobwhites have increased 5-fold, and Eastern Meadowlarks have had a 6-fold increase. In 2019, Henslow’s Sparrow and Grasshopper Sparrow, two grassland bird conservation targets, were recorded for the first time on the ranch. 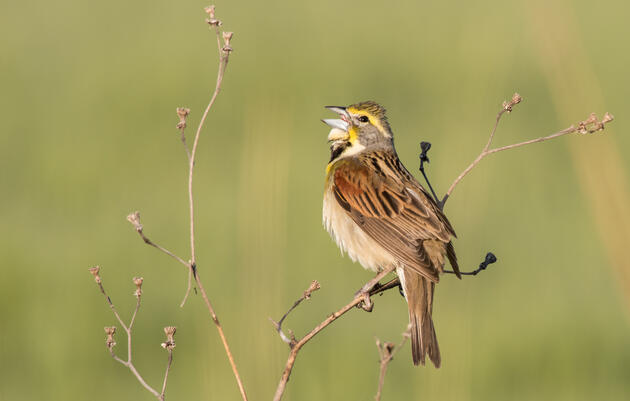 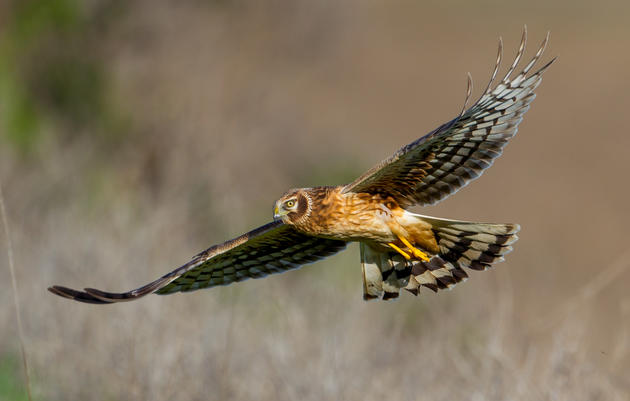 Restoring the Riverlands Migratory Bird Sanctuary to its original habitat 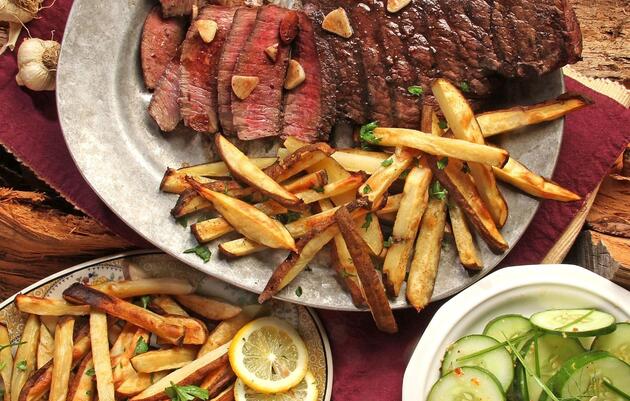 Where to Buy Beef from Audubon-Certified Lands