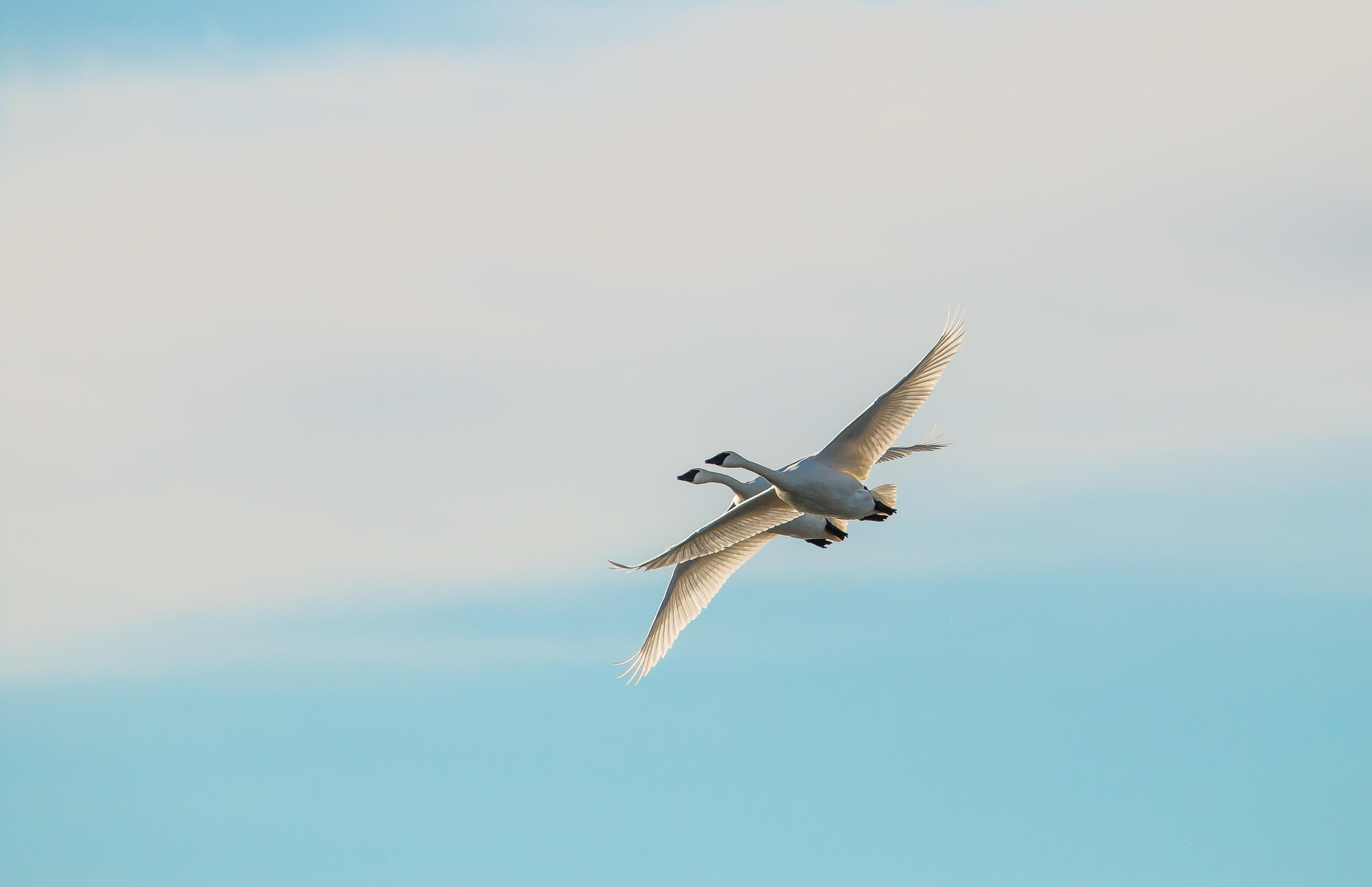 The decline of Trumpeter Swans began in the 1700s when people began draining wetlands for agriculture and other development. By the middle of the next century, swans became a target of the millinery trade, their pure white feathers were a prized status symbol for ladies hats. By the early 1900s, these birds were thought to have been hunted to near extinction. While a population remained in Alaska, only 69 trumpeter swans were left in the lower 48, clustered in the Rocky Mountains. In the middle of the continent, along the Mississippi Flyway, the swans had all but disappeared.

Restoration in the 1980s fueled the Trumpeter Swan’s comeback. Natural resource managers and other conservationists began raising Trumpeter Swans using eggs from the Alaskan swans. They released the young birds in Minnesota, Wisconsin, and other Midwestern states. Slowly, their population started to re-establish.

In 2010, Ameren Missouri, with oversight from U.S. Fish and Wildlife Service (USFWS) and the U.S. Army Corps of Engineers, installed 1,000 "swan diverters" on several miles of high-voltage "transmission" power lines that cross the Riverlands Migratory Bird Sanctuary in an effort to protect the Trumpeter Swans. The devices, each about 12 inches long and resembling a giant yellow corkscrew, were installed by workers from helicopters hovering above the Sanctuary. Swans are better able to see the structures and fly over or under them as a result.

When and Where to See Trumpeter Swans

Trumpeter Swans typically begin arriving to Riverlands in early November and head back to their nesting grounds in the Upper Midwest by late February. While they can be seen most times of the day at Riverlands during this period, mornings and late afternoons are opportune times for viewing. Trumpeter Swans often leave the Sanctuary by mid-morning to forage for waste crops and other vegetation then return in late afternoon to roost overnight in the Sanctuary. On cold days when the area’s waters freeze, it is common to view them on Ellis Bay from the Center!

Conservation efforts in the confluence area need your help! 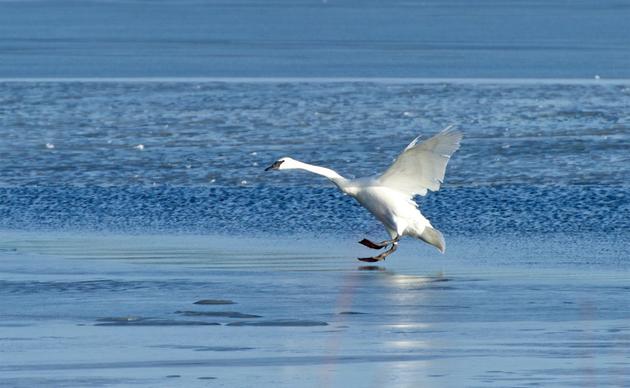