Ken was appointed Center Director in May 2016. He graduated from Park University with a B.A. in Political Science. He has over 25 years of experience in the non-profit sector including senior level development positions with the Missouri offices of The Nature Conservancy and Audubon. Ken was instrumental in the early development of the Audubon Center at Riverlands and Wildcat Glades Conservation and Audubon Center. Prior to his return to Audubon, he served as Director of Development at the Forsyth School in St. Louis for eight years where his efforts lead to significant campus expansion and endowment growth. He is an avid gardener and enthusiastic birder. He also enjoys basketball, running, biking and exercising. Ken and his wife Dale, their two children Sam and Caroline, and several pets reside in University City.

Emily earned her BS from the University of Tampa and studied Environmental Science and Marine Science-Biology where she performed ecological and inorganic chemistry research. Growing up, Emily always seemed to find her way to water, fishing in Oklahoma streams and rivers with family, swimming and turning over rocks on the coast, and noticing all the wildlife that was tied to it. Fast forward several years, she spent much time in STL as a teen where she discovered her love for environmental education while volunteering as a student educator at the Saint Louis Zoo as well as interning at the World Aquarium. Her experiences in nature during her youth is what contributed to her passion for working in the natural world. She enjoys facilitating nature-based experiential learning with diverse groups in our region. She also hopes to contribute to environmental justice in urban areas through environmental education. Emily began at the Audubon Center at Riverlands as an Education Intern in 2018 and now serves as our Education Manager. Her hobbies include pottery, camping, fly fishing, and birding. She also enjoys spending time exploring with her two dogs, Chance and Callie. One of their favorite hiking trails is on Ellis Island, of course!

Tara Hohman, a native Texan, earned her MS in environmental science and policy at the University of Wisconsin – Green Bay and her BS in wildlife biology at Texas State University – San Marcos. Her passion for birds and conservation began with a field technician job surveying Black rails off the Texas coast. Throughout her academic career she’s gained experience doing point count surveys, mist netting as well as other avian monitoring techniques for a suite of different species, including Golden-cheeked warblers, Black-capped Vireos, Piping Plovers, and Black-crested Titmouse to name a few. Tara was a co-founder of the first Audubon campus chapter in the nation and enjoys sharing birds with others. Her favorite group of birds to study are wetland species, but she highly enjoys all water-based ecosystems. In her spare time, Tara enjoys being outdoors, birding, art, and searching around thrift and vintage stores.

Ashley grew up in Michigan where she developed a love of the natural world and science thanks to informal education from museums, nature centers, and even Animal Planet! Ashley went on to complete her Bachelors and Masters of Science in natural history, gaining hands-on experience by traveling the country and volunteering with community-based non-profits while earning her degrees online at Oregon State University.  Her love for environmental education stemmed from working directly with Disney's Animal Kingdom and the Audubon Center for Birds of Prey, both in central Florida, where teaching became a natural fit and passion.  In her spare time, Ashley loves to do yoga, explore local parks, bake, and watch her favorite TV shows with her two cats, Rhaegar and Rumple!

Caia, a native Floridian, graduated from Principia College with a B.S. in Biology and Sustainability. Her experiences tree climbing, beach combing, and visiting her local zoo quickly sparked her sense of wonder as a child. This curiosity soon developed into passion and opportunities including field work and research on various wildlife, involvement in ecosystem restoration and diversification, interning at the Brevard Zoo, and the Marine Discovery Center (both located in Florida). Here, Caia discovered the rewards of environmental education and how impactful it is in creating inclusive outdoor spaces for everyone.  Caia joined our team as an AmeriCorps VISTA member in June 2020 and currently serves as our part-time Education Program Assistant. She aims to connect others to the physical and mental benefits of nature while addressing environmental justice issues such as food insecurity. In her spare time, Caia can be found exploring plants at local parks, doing yoga, running, and trying new foods!

John graduated from the University of Missouri-St. Louis with a B.A. in History and an M.S. in Biology; he is currently working on his dissertation for an EdD in Science Education also from UMSL. John has worked as a field biologist for the Universities of Missouri Columbia & St. Louis and the Missouri Department of Conservation. John has also worked as a burn crew member for the Nature Conservancy and as a high school science instructor for the St. Louis Public Schools. Currently John is an adjunct professor at both the University of Missouri – St. Louis and Harris Stowe State University. When not working, John can often be found canoeing the numerous rivers of Missouri. 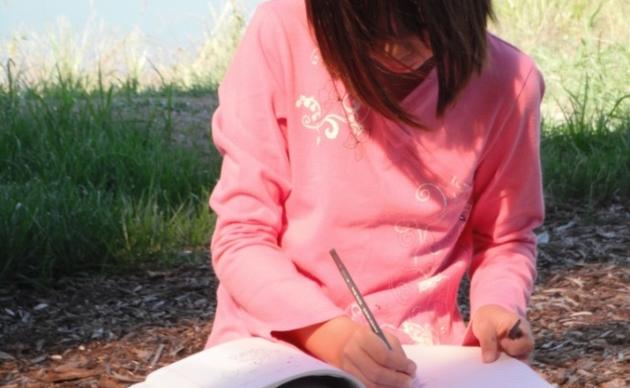